It's not just the landscape that changes over the season, but the birdlife and wildlife get a major change of personnel as the colder seasons arrive.  Gone are the agile terns, so much a part of our coastal shingle beaches in the summer. The swallows and martins who take up residence on our houses, barns, and outhouses, are safely back home in Africa.

In their place come the geese and swans, waders in massive numbers, and wildfowl of all kinds become the staple of our lakes, loughs, and coastline.  The seals pup at the start of winter, then immediately go into season, making for a chaotic change of pace to the normal lumbering summer lifestyle of these mammals.

This has been a target of mine for a long time, I've always wanted to capture the cuteness and typical furriness of the young pups, and this year I had the chance to visit a colony of grey and common seals a few weeks after the pupping season had tailed off.  Many pups were a good few weeks old but remained dependant on the mothers for feeding and protection. 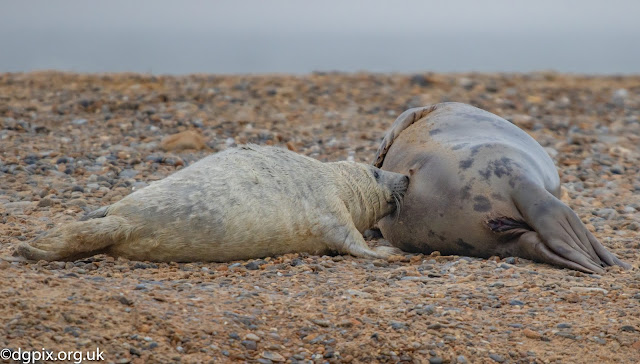 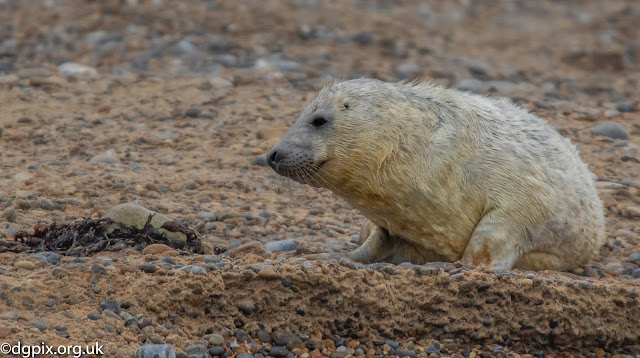 Divers are great birds to see and photograph on the open water - they resemble cormorants on the water as they sit quite low but have an altogether different look and feel.  Great northern divers are quite common, but I've never had a chance to snap a red-throated diver, so whilst out watching the seals, we chanced upon a winter plumaged bird and had a nice go at a take-off shot: 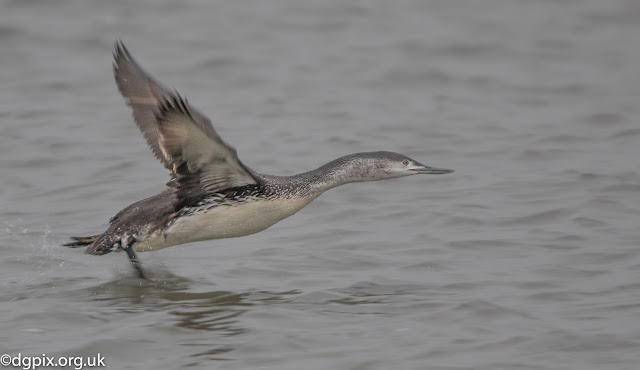 The conditions were challenging, the light was non-existent in the days after Christmas, the wind was strong over the sea, and it was all shot from a moving boat!

The saltmarshes create a great muddy habitat at low tide for wading birds of all type.  Alongside the godwits and many knot, you can see dunlin, whimbrel and the beautiful Curlew.  This one shot from the boat, was making its way along a mudbank and the low profile of the boat helped make a nice image: 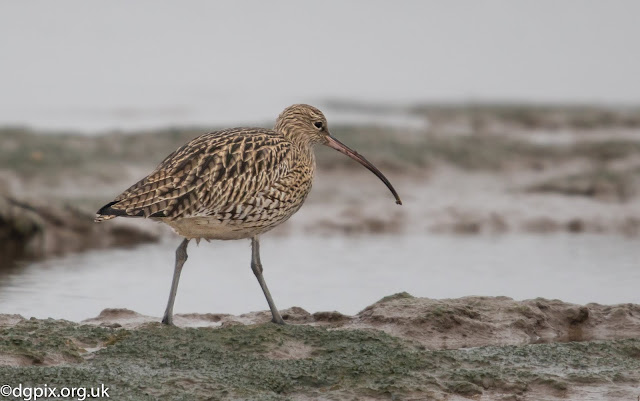 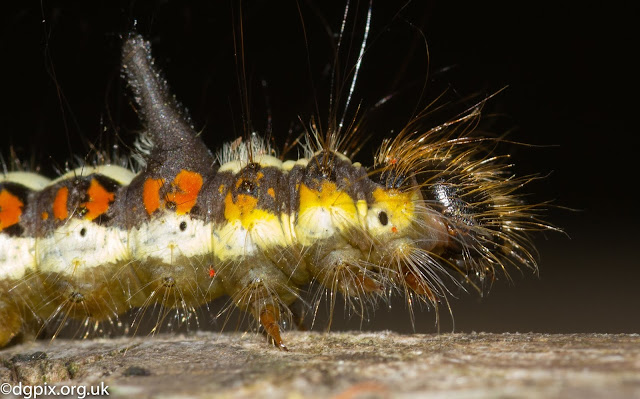 Portmore Lough Our second macro workshop, and fifth in total for 2018 was held at RSPB Portmore Lough near Aghalee today. The lough and reserve are close to Lough Neagh, and has a host of native insects and invertebrates on the wetlands of the reserve.  Many dragonflies were present including common darter, 4 spotted chaser. Once we got the theory out of the way (and good friend Rosie had provided my lunch), we started at the giant bird table pollinator flowerbed, alive with insects.  After an hour there, we moved on to the path to the lough, hoping to see dragonflies and butterflies on the way. The wind was pretty strong so we had no luck on the dragons, but attendee Lucy got a great speckled wood butterfly, and plenty of peacocks were also present. Caterpillars! On the boardwalk to the hide, we spotted a Grey Dagger moth caterpillar in the railings.  It posed nicely for everyone before being escorted to a safer location. This striking little larvae is easily
Read more 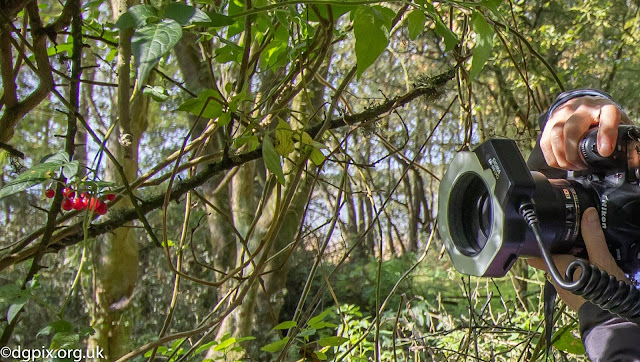 Autumnal Weekend Workshop Goodness We had a ball on the woodland/fungi/autumnal photography weekend from Saturday 19th through Sunday 30th September.  Last year storm Ophelia put this workshop back a month and damaged the woodland enough to wipe out all the interesting mushrooms and fungi; this time round we had storm Ali the week before, and although trees were down, the mushrooms survived! Woodland Photography The woods at Oxford Island are loaded with photo opportunities in the Autumnal season, not least the mushrooms and fungus that thrive in the leaflitter and trees that have fallen over the years.  The sloe berries are ripe, blackberries are providing food sources for insects and birds, the leaves are wonderfully bright coloured as the chlorophyll starts to disappear.....what a great time to be out in the woods with a group of photographers teaching nature, photography and an appreciation of the wild. One of our attendees using Ringflash to capture the ber
Read more